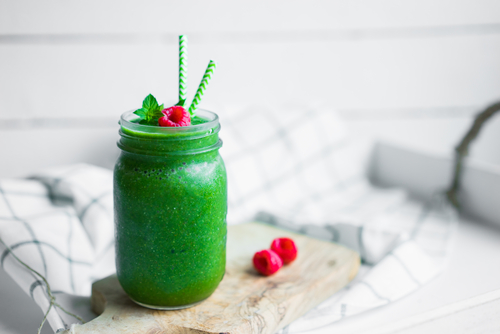 I watched this Netflix documentary recently expecting it to be punting vegan protein powders or being preachy. But I was wrong. I thought it was great. Based on lots of good science it certainly it makes a strong case for eating more plants, even if you don’t go the whole vegan.

When I did my degree all those years ago I never forget hearing a naturopath speak about why our gut is so long and covers such a large surface area – because we are built to be largely plant eaters. The gut needs to be that long to help the body digest every last bit of nutrients from seeds and nuts, often encased in tough outer shells. If we were largely carnivores our guts would be much shorter.

This is my first diet advice. Eat less meat. We don’t need it. A little grass fed meat or meat with a good provenance or organic to support good animal husbandry and soil diversity is fine. Iron from meat for example is much better digested than that from plants. But we really don’t need to eat as much as we do. All animal products contain a pro inflammatory hormone like substance called arachidonic acid, which is why so many sports stars are going plant based to gain the edge over their performance and to help put out the inflammatory fire to help with recovery and repair.

Loved seeing Nimah Delgado, vegan body builder on Game Changers too. I’ve seen him talk to a room largely filled with men who kept asking him where do you get your protein from if you’re vegan? And his response was always if you eat plant based then you don’t need so much protein because it’s better absorbed. I agree. Big chunks of meat or copious amounts of dairy are often very hard for us to digest which can lead to them entering the gut undigested and causing bloating, gas etc Look at some of the largest mammals in our world such a elephants, rhinos and cows. All vegans.

HOWEVER the documentary failed to discuss oils, omega 3 most importantly that are best acquired in their active form through oily fish. This is often my sticking point with veganism. The dairy and meat we just don’t need (as long as you are getting enough pulses and grains for non heam iron and other minerals such as magnesium and zinc). But I do have an issue with lack of oils. Omega 3 is broken down into the active DHA and EPA from plant sources such as linseed, nuts and seeds. BUT you do need to have an abundance of the available co factors for this to happen. Eggs too (always wondered why vegans don’t eat eggs if they come from their own chickens) for other essential brain fats – phospholipids. All of these can be supplemented now along with algae supplements for vegan DHA/EPA but do you want to have to supplement the whole time?

The show also didn’t discuss how gluten can often be high in a vegan diet – gluten is often the cause of bloating and reduction of nutrient absorption. It can often be hard to digest which can zap us of energy. Opt for oats, rice, quinoa, buckwheat and corn instead.

There was a brief look at the environment and animal husbandry. I agree that mass agriculture of animals is killing our eco system – but the same could be said for mass agriculture of plants too. Diversity is key. We need trees to support our birds, plants with natural anti pest planst around them (which also help our bees), and we need animals to help improve the nutrients in our soil. This is where supporting organic farming comes into play. Using the land without polluting it with pesticides and supporting the whole eco system. Eating less animal products and fish but buying better quality (organic or provenance known) is in my opinion key.

But on the whole I thought this was a great ‘eat more plants’ promo. Most of the food shown was cooked from scratch. I am wary of the Veganuary push here in the UK where often people are swapping fish and meat and eggs for processed vegan products. Is that really healthier? My rule of thumb is always to eat as close to nature as possible. Mostly plants (in season), low gluten foods and then a sprinkling of oily fish, eggs with a little meat now and then. Cooked from scratch as much as possible, but lets be kind to ourselves in 2020: consistency over perfection.

As Michael Pollen states: Eat food. Mostly plants. Not too much.